Support for protest against fare hikes

Fare-free NZ has sent a message of support for the Bus Riders Union (Austin, Texas) protest of Capital Metro's threatened fare hikes and public transit service cuts. The BRU declared, "We will not stand for this attack on our community and environment. We will demonstrate outside Capital Metro offices during this month's Board of Directors meeting"
For more on the BRU campaigns, check out their website: www.busatx.org
Posted by Fare-Free NZ Editor at 8:57 PM 1 comment:

Annual public transport figures for the 2008/09 year, released today by the Auckland Regional Transport Authority (ARTA) show Aucklanders are continuing to take to public transport. The figures were released at the same time that a survey on customer satisfaction was completed for ARTA by research company, Gravitas. The survey compared levels of satisfaction between October 2007/May 2008 and October 2008/May 2009.

Total patronage for the year to 30 June 2009 reached 58.6 million trips, a 7.7 % increase on the previous year and the highest level of public transport use in Auckland since the mid 1980’s.

ARTA’s Chairman, Rabin Rabindran says, “This year, 2009, we can say with confidence that substantial progress has been made in getting the region’s transport to really start to work for Aucklanders.

“The customer satisfaction survey recently conducted by Gravitas showed satisfaction with public transport has risen from 71% in 2005 to 84% this year. There is still a way to go but the trend is encouraging and in the right direction.

“An interesting finding from the survey shows that when workers or students move or change their hours, they are making a choice to increase their use of public transport (48%) with 13% increasing their usage when they moved house/moved to another area. This equates to a proactive choice to use public transport to meet their new travel requirements.

“Of the respondents, 16% increased their use of public transport due to fuel and vehicle running costs and cited public transport as a less stressful way to travel to work or places of learning in Auckland. The high cost of parking was also a factor.

“The Gravitas survey told us our customers want even more frequency of the vehicles in the network and a more integrated transport network. The very fact that Aucklanders are now asking for more public transport is an indication in itself that we are headed in the right direction.

“In respect of a more integrated network, we were pleased to announce recently, in partnership with the New Zealand Transport Agency (NZTA) that we have selected a preferred tenderer, a consortium of Thales, the Bank of New Zealand and Transfield, to deliver New Zealand’s first mixed modal integrated ticket for use on trains, buses and ferries in Auckland.

“ARTA’s tender process allows us to incorporate NZTA’s preferred approach including a centralised system and potential contestability of options available for parts of the system”.

Mr Rabindran says, “Contributors to very good patronage growth this year include; continued success on rail with 7.6 million trips taken, the highest number since records began in 1955. Over the past five years, rail usage Auckland has increased by a staggering 97%. This has occurred during a time of major upgrades to the rail network for which we thank our customers for their tolerance and patience. The rewards of this investment are showing in respect of being able to deliver more services, more often to our customers.

“On the Western Line trains run every 15 minutes at peak times and five to six trains an hour at peak times on the Southern and Eastern Lines respectively. Services have increased from 635 per week in 2005 to 1,475 in 2009 with 49 carriages added to the network.

“Twenty-one of our forty-one stations on the rail network have been upgraded or are new to the network over the past five years, with two major transport hubs opening next year in Newmarket and New Lynn.

“The bus sector continued on a growth path compared to past years with 7.8% growth for the 2008/09 year.

“The Northern Express service continues to be a runaway success carrying 1.5 million customers for this year, 150% growth in two years.

“In other good news, following the introduction of an increased discount of 40% to tertiary students, student travel on public transport rose 75.5% over the previous year.

“With the introduction of the SuperGold card in October 2008, a huge 2.3 million trips were taken by senior citizens in just the first six months of this year.

“ARTA worked with Airbus in designing a simpler route, a cheaper fare and more services to the airport while also introducing a new service from Manukau to the airport. Use of Airbus services resulted in a 13.5% patronage increase.

“The MAXX Contact Centre won three prizes at the “Contact Centre World’ Asia Pacific finals in June this year and was the only finalist from New Zealand.

“All in all there is no doubt this has been a very good year for the growth of public transport use in Auckland”, says Mr Rabindran.

Mr Rabindran says, “ARTA is currently focused on delivering Auckland’s traffic and transport solution for the Rugby World Cup in 2011. The use of integrated ticket arrangements offering free public transport to high attendance sporting and cultural events at Eden Park, Mt Smart Stadium and North Harbour Stadium is proving highly successful, and is providing us with useful learnings towards the Cup when we aim to move 75% of those attending the final games by non-private car.

“We continue to focus on working towards a transport solution for the region which Aucklanders can be proud of”.

Posted by Fare-Free NZ Editor at 5:26 PM No comments:

Email ThisBlogThis!Share to TwitterShare to FacebookShare to Pinterest
Sydney - To entice politicians into practicing what they preach and travelling by public transport rather than in chauffer- driven cars, bus company Greyhound Australia said Tuesday that they could all ride for free. "We are doing this to save taxpayers money but also to help politicians set the example when it comes to reducing their carbon footprint," Greyhound chief executive Robert Thomas said. "It would also help our politicians get back in touch with the people they represent."The offer of free bus transport comes as anger grows over even former politicians enjoying rides in government cars at taxpayer expense and free, unlimited air travel.
Posted by Fare-Free NZ Editor at 4:59 PM No comments:

Check out this video from the Scottish Socialist Party campaign for fare-free public transport. Narrated by Charlie Reid from the 'Proclaimers'.
Click link below to view video.
http://www.youtube.com/watch?v=qD-hAuCBDLA
Posted by fpteditors at 5:43 PM No comments: 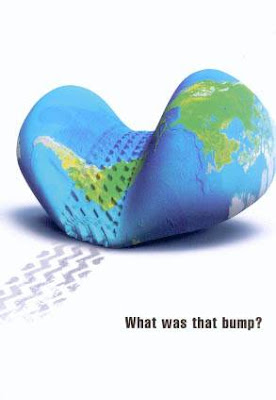 Posted by fpteditors at 12:53 PM No comments:

Transport need not cost the earth

We are standing at a crossroad: in order to reduce our oil dependency and to make our cities climate smart, we have to change our ways of getting around.
It is a fact that the future is on track, and with free public transport everyone can come along for the ride.
So far, the local transport sector has been sadly neglected in the climate debate. Even though the inflation in car traffic is one of our biggest sources of greenhouse gas emissions and unnecessary oil use, few cities have any serious plans to radically decrease their car traffic. ... FPT International

Posted by fpteditors at 12:55 AM No comments:

Green Party Co-Leader Dr Russel Norman has today unveiled a bold plan to cut traffic congestion, reduce air pollution and help the economy.
“Our new Green Party policy will provide free public transport for all school students during school times and a 50 percent discount at other times. We would introduce the policy for a one-year trial, then review it.
“Our policy is particularly relevant to our biggest city Auckland. Any Aucklander will tell you that road congestion dramatically reduces during school holidays, when children aren’t being driven to school.” scoop