A Comprehensive Approach to Building a Better, More Sustainable World

Car dependency is incompatible with cities and rapidly killing city life - Making cities care-free and introducing decent & free public transport is the way to get about and breathe life back into cities.
This video looks at some of the dramatic changes needed if civilization is going to survive the many threats of climate change.
Fortunately, it is possible to make huge reductions in carbon emissions while actually improving our cities in many other ways. Time is short; we need to act quickly. This film addresses eight major problems and suggests practical changes for both immediate and long-term actions.
Produced by:
Carfree.com
HealthBridge Canada
Work for a Better Bangladesh

Posted by Fare-Free NZ Editor at 3:40 PM No comments:

A central component of public policies to address climate change must be mass expenditures on public transit to reduce reliance on private cars and fossil fuels. Mass transit also enables an increase in the density and livability of cities.

And public transit that is free and available as a social right is a core demand to de-commodify everyday life in opposition to endless consumerism. Transit justice is, then, a crucial aspect of social justice today, and should be a fundamental part of the political programme of progressives and socialists. The struggle for the extension of free and accessible public transit rubs directly against neoliberal policies, and raises the vision of alternate production and provision essential to anti-capitalist politics.

Posted by Fare-Free NZ Editor at 11:14 AM No comments:

Widening roads will not reduce congestion

Dr. Pojani in her lecture at Penang Heritage  of Friday entitled “Urban Transport Crisis in Small and Medium Size Developing Cities and the Effectiveness of Countermeasures” — at one point advises us to FOLLOW THE MONEY.  Now that’s an interesting comment and really makes me wish I had been with you. Here’s an example of how I interpret this counsel from my perspective as a strategic planner.

The hard fact in the above graphic is that politicians and engineers have trouble accepting this strategic approach – precisely because they are trained to look at something else. It’s simply a matter of long-standing professional deformation (if that is English). It does not have to be that way, but in order to get around the corner on this particular problem, both the politicians and their engineers need to be presented with the OVERALL strategic situation, which is quite different from the one they are accustomed to seeing.

The trick in getting this right is that they have to alter their key decision criteria, and bring in something called EXTERNAL COSTS. (More on this at https://worldstreets.wordpress.com/tag/external-costs) . What this gives us for decision making  is nothing less than a transformative  way of thinking about decisions in our sector. Fair-minded politicians and engineers — once they assimilate this new information and the technical procedures that go with them –will quickly come around to this different point of view . And both these important groups have taken this important step in many many cities around the world that are getting the challenges of efficient and sustainable transport right. (It’s a long list.)

But now on to Dr. Pojani’s point with her “follow the money” comment. In this case those actors who have direct financial interests in actually building more roads – without taking the external costs or impacts of the following acts into full account. Who are these players?

Well of course any company whose business it is to build roads, tunnel and bridges to accommodate all those additional cars. Likewise, property developers and construction firms eager to open up new territories linked by highways and cars. And of course the automotive and petrol industry and associated lobbies and suppliers. Then there are their financial partners.

It is not that there is anything bad in their pursuing their own interests. To the contrary they are pillars of the market economy and necessary to our well-being in this complex and fast-changing 21st century. But it is the job of good governance to ensure that the public interest does not suffer as a result of their activity and profits.

Which means of course that we — and they — have plenty of work ahead.

Posted by Fare-Free NZ Editor at 11:00 AM No comments:

The veteran activist launched his official campaign over the weekend, and claims despite his policies being bold, he could save residents money.

He pledged to build thousands of new affordable houses, introduce free public transport, and offer a living wage to all council staff.

He said free public transport will only initially cost $20 million, but will save both ratepayers and tax payers money."
Posted by fpteditors at 9:21 AM No comments: 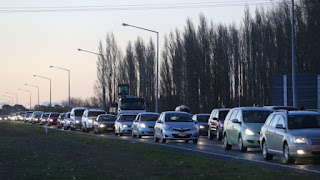 Wairarapa Times: ""We have something like 29,000 Baby Boomers coming on board a year. Every one of them, having paid taxes all their lives, fully expects to get their SuperGold card entitlements. Putting a cap on funding for transport is the National Government interfering with a privilege that senior citizens were given in recognition of having paid taxes all their lives, and the valuable contribution they have made to the community.

"We can't let them get away with it. We need people to stand up. They need to go and knock on Alastair Scott's door for a start, give him a bit of a tongue-lashing, and tell him that this is unacceptable."

The SuperGold Card scheme was an initiative of New Zealand First and was adopted during the term of a coalition government 2007. 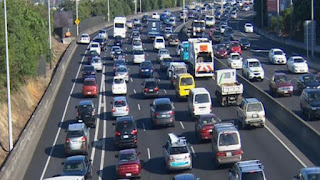 TVNZ : "If Auckland motorists needed evidence traffic congestion has got worse, a study shows they can now expect to spend an extra 20 working days a year stuck in traffic at peak times."
Posted by fpteditors at 9:00 AM No comments:

Stuff.co.nz: "Wellington tertiary students are demanding discounted public transport and say the city is being left behind the rest of the country.

It comes as students warn of an "increasing sense of desperation" over public transport costs.

An online petition calling for the changes, set up late last week by Victoria University student Byron Oosthuizen, had reached 2800 signatures by Tuesday."

'via Blog this'
Posted by fpteditors at 9:09 PM No comments: