It's said a picture is worth a thousand words. Take a look at these graphs and see if you can make any sense of the government's response to oil prices rising and it's transport policy. Damned if I can. (hat tip to Auckland Transport blog and frog blog)

Traffic volumes on State Highways have not increased since 2005. 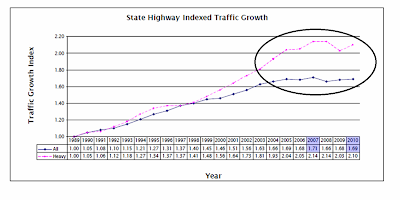 Patronage of Public Transport in Auckland has increased since 2005 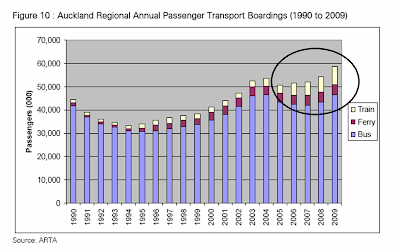 Spending on improvements to State Highways has increased dramatically since 2006, but spending on public transport and road maintenance has languished 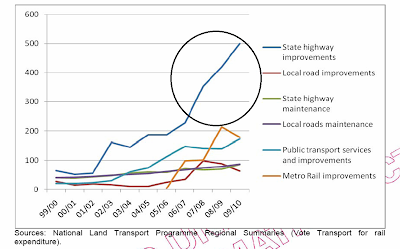 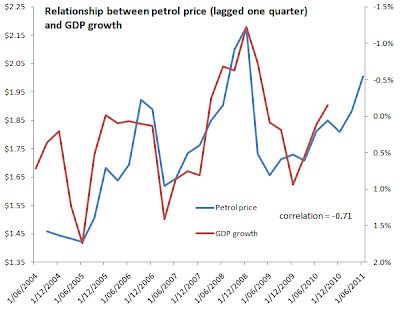 "Of the 8 quarters in which petrol has averaged over $1.77, 5 were followed by a quarter of recession and the other 3 were followed quarters with 0.1% growth. Of the 17 quarters where petrol was below $1.77, the economy shrank once in the following quarter, was flat once, and grew 15 times."

With petrol at around $2.15 a litre and rising, and leaking billions out of our economy and wallets, and with the transport trends staring us all in the face - why would a government that prides itself on good economic management be so myopic and not have a plan? Ideology trumping common sense?