UK Green Party wants to scrap plans for new roads, use cash for free bus travel for all 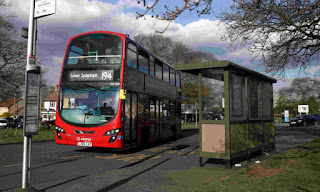 By Phoebe Weston, the Independent, 4 October 2019.

The [UK] Green party wants to scrap the Conservatives’ £6.5bn plans for new roads and will instead use the cash to fund free bus travel for all.

The proposals, which will be laid out at the annual party conference in Newport, are part of the party’s Green New Deal, which looks to shift focus from economic growth towards tackling the climate emergency and protecting nature.

Jonathan Bartley, co-leader of the Green party, says the move will slash emissions from private diesel and petrol vehicles as well as helping low-income families.

He said: “Our reliance on cars is driving up our carbon emissions – a third of the UK’s emissions come from transport.

“Road building currently generates more car journeys, creating a vicious and harmful cycle. This money would be much better spent on reducing CO2 emissions by encouraging the use of public transport as part of a Green New Deal.”

To pay for the Free Bus Fund, the party would allocate £5bn of proceeds from the Vehicle Exercise Duty (VED), which under current Tory party plans is earmarked for road building from next year. The remaining £1.5bn from the VED would be spent on maintaining major roads.

Rebecca Newsom, head of politics at Greenpeace UK, said: “With bus use declining, this proposed fund for free bus travel is exactly the sort of vision needed to make public transport a more viable option for people across the UK, helping reduce emissions at the same time.

Our government should put its money where its mouth is, instead of committing billions to policies which will increase road use and emissions and worsen the climate emergency.”

The party would also increase corporation tax to 24 per cent and spend the extra revenue on funding local authorities by £10bn a year, it says.

It claims the funding would help local authorities maintain roads and deliver more bus services, which have become 65 per cent more expensive to use over the past decade.

Air pollution is currently linked to the premature death of 40,000 Britons a year and the Free Bus Fund would also be topped up by saving from reduced health costs due to less pollution on roads, the party says.

Free bus travel would be implemented in England but not in Scotland, Wales and Northern Ireland as this is a devolved issue.

The news comes days after the Green party also said it would ban adverts for petrol or diesel cars and flights across Europe. The move would use the same powers that enabled Sadiq Khan, the mayor of London, to ban junk food adverts on the London Underground.

Deputy leader Amelia Womack said: “Excessive flying harms our health just like smoking and advertising only increases this harm. The climate emergency will cause 250,000 additional deaths year from 2030, comparable in number to deaths caused by smoking.”

The Green New Deal legislation would also look at ways to cut consumption of meat and single-use plastic.

She said: “If we are to mend our broken democracy and give people hope for their future, we must invest in an economy where we live sustainably, differently and more equally.”