Fares for trains, buses and ferries are going up by an average of 5.5 percent across the Greater Wellington Region, due to the GST increase and a government Farebox Recovery Policy designed to make passengers pay more.

The cost of some journeys will rise by 100 percent. Popular concessions like the monthly Gold Pass are also being discontinued.

“Transport is a big issue in Lower Hutt. Over a third of Hutt residents who have jobs commute outside the city to get to work.

“We all know the frustration of sitting in traffic jams, wishing there was an easier way to get around. What’s worse, all these car journeys are pumping out more and more climate-changing greenhouse gases.

“Hutt City Council supports spending over a billion dollars on roads, which will only fuel more of the same. We need a council with real vision to solve these problems.

“We believe Hutt City should join the growing call for free public transport. Not only will it serve the people and help save the planet, it’s also a cheaper alternative for ratepayers.”

* A city for the residents – not for property developers & investors * No water meters, no privatisation – protect river & residents * Build council houses – create jobs, assets & affordable homes * No GST on rates – a tax on a tax is robbery * Council change, not climate change – a future for our kids * Free public transport – it makes climate sense & serves the people

World oil resources are growing increasingly scarce. The reserves that remain are getting harder and riskier to retrieve, leading to disasters like the massive spill in the Gulf of Mexico – a disaster which could be repeated off the North Island’s East Coast if similar deep-water drilling goes ahead there. Meanwhile, transport accounts for 36 percent of Greater Wellington’s climate-changing carbon emissions. VAN believes that free and frequent public transport is needed if we’re going to make efficient use of these limited and increasingly expensive resources, decrease our carbon emissions and reduce congestion on our roads – benefiting everyone. Transport is a big issue in our city. Over a third of Hutt residents who have jobs commute outside the city to get to work. Many more commute for family and social reasons. We’re all-too-familiar with sitting in gridlocked traffic on the Esplanade during rush hour, wishing there was a quicker way to get around. Investing in free and frequent public transport would make buses and trains an attractive option, taking cars off the road. Yet on October 1, instead of decreasing fares, public transport operators will raise fares once again – partly due to pressure from central government. Earlier this year, our council sat silently as other city and regional councils made submissions against transport minister Steven Joyce’s plans to make public transport users pay more for services. The submissions had some effect in watering down this policy. Joyce singled out Hutt Valley train users as a group who should pay more. VAN will stand up to central government against fare increases for Hutt Valley residents. VAN also believes that public transport should be more frequent and reliable. We will advocate for increases in rail services, because trains run largely on renewable energy, and for more frequent feeder buses to train stations. We would advocate for bus lanes which would keep buses running to schedule, and cycle ways that would increase safety and promote this emission-free mode of transport. Another problem at present is that bus companies are privately owned, but get around half of their income from public funds. It makes sense for bus services to be publicly run, because then every dollar spent could go on providing quality public transport. Councils know that free public transport decreases traffic congestion. Many cities overseas have already introduced it. New Zealand cities like Auckland, Christchurch, Palmerston North and Invercargill run some free public transport services. Trains will be free in Wellington on Rugby World Cup quarter final day. Wellington Regional Councillor Paul Bruce has called for free inner-city buses in Wellington on weekends. But at the moment, the main focus locally is on building expensive new roads. Hutt City Council supports spending over a billion dollars on a single new motorway through Transmission Gully. They also want a $76 million Cross Valley Link road and a Grenada-Petone link worth $250 million more, which will destroy the Korokoro Reserve in Belmont Regional Park. Building more roads will encourage residents into cars in the short term, burning more fossil fuels and increasing carbon emissions and traffic jams. In the long term the roads could lie empty, useless monuments to short-term thinking in a future devoid of cars and cheap oil. Recent official analysis has concluded that the Cross Valley Link has a low cost benefit ratio, meaning the government is unlikely to fund it. Hutt City residents will be left to bear the cost. So far $18 million has been set aside by the council for the Cross Valley Link. By contrast, the annual cost of making all of Wellington’s public transport free is just $75 million – even cheaper if bus services were publicly owned, avoiding the need to fund a private profit. If elected, VAN will push now to divert a small portion of the massive roading budget for the region towards public transport, and make it frequent and free.

• Advocate for public transport over more road-building in all public forums • Scrap plans to waste millions of ratepayer dollars on a new Cross Valley Link • Press the Greater Wellington Regional Council to increase the frequency of rail services on the Hutt Valley line • Advocate for more bus and cycle lanes in the Hutt Valley • Support other authorities and campaigners in the region to lobby the government for more money for public transport • Oppose any government moves to privatise Tranz Metro or the rail network • Investigate plans for local councils to directly run bus services, and then move to reduce fares towards zero.

Content Sourced from scoop.co.nz
Posted by fpteditors at 3:15 AM No comments: 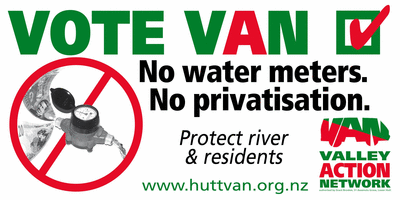 We Stand For:
Posted by fpteditors at 11:27 AM No comments:

“Most of the arguments for free public transport (FPT) focus on the environmental benefits and the enrichment of people’s lives by allowing them to travel no matter their financial situation. However, it brings many economic benefits to wider society. For example, with vehicle traffic set to rise by 50% over the next 25 years and a corresponding doubling of the time commuters loose because of congestion, FPT would greatly reduce this lost time. The lost time that could be put to more socially useful purposes is just part of the gains of FPT. Being caught in commuting traffic also creates the wrong frame of mind to tackle future tasks for the day – the multiple problems created by traffic chaos can be measured by the car commuter pain index in which London just ranks behind Madrid and Sao Paulo. FPT would greatly reduce this pain.

The design, administration, construction, maintenance, running, assembly, commissioning and servicing of a FPT system would create hundreds of thousands of jobs and apprenticeships for our young and old. By putting these people to work there would be huge savings in welfare benefits while tax revenues would increase. They would boost the economy not only from the building and running of the FPT system but their own personalexpenditure in the wider economy”.

Raphie De Santos, Financial Analyst and member of the Scottish Socialist Party
Raphie was head of Equity Derivatives Research and Strategy at Goldman Sachs International. He was an advisor on derivatives and financial markets to the Bank of England, London Stock Exchange, London International Financial Futures and Options Exchange and the Italian Ministry of Finance.

Posted by Fare-Free NZ Editor at 8:50 PM No comments:

Yes, man-made climate change denial is about politics, but it’s more pragmatic than ideological. The politics have been shaped around the demands of industrial lobby groups, which happen, in many cases, to fund those who articulate them. Right-wingers are making monkeys of themselves over climate change not just because their beliefs take precedence over the evidence, but also because their interests take precedence over their beliefs. George Monbiot
Posted by Fare-Free NZ Editor at 9:13 PM No comments:

A message of full support and solidarity for your inspirational Inaugural
Campaign for Free Public Transport conference in October, from the campaign
in New Zealand: Fare-Free New Zealand.

You can contact the conference organisers at: manchester@freepublictransports.com
Posted by Fare-Free NZ Editor at 9:53 AM No comments:

Posted by fpteditors at 9:12 PM

Posted by Fare-Free NZ Editor at 1:29 PM No comments: