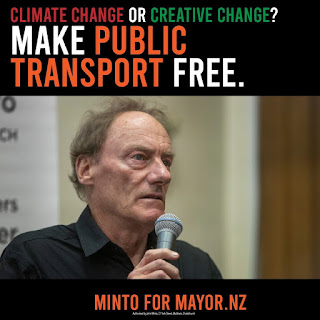 It was fantastic to see so many people out in the square today, marching for action on climate change

In Christchurch, 53% of our carbon emissions come from transportation – mainly cars and trucks 🚗

We can significantly reduce this by creating a better public transportation system, including FREE & frequent buses.

Now before you panic — This forward-thinking idea has already been implemented in cities around the world... and it's working! There have been significant financial and environmental benefits to these schemes, so it really is a WIN/WIN.

Here in Ōtautahi, we have a dramatically imbalanced funding allocation between road development and public transportation. This NEEDS to be fixed ASAP.

Funds will be redistributed more practically between both road development & public transport so that we can invest in a more sustainable and practical future for Christchurch.

This would require negotiation with the government and ECAN but, this will be easily achievable. The policy would lead to a rethink of the hugely expensive and unsustainable roading projects currently being developed for Christchurch.

In short: there are no increased rates or other tax increases needed to implement this policy, as we will be rebalancing the allocations between road dev and public transport. It's that simple.

This really is the BEST way forward for Christchurch.

❓ What are the benefits ❓

✅ EVERYBODY benefits – even those who never use a bus or train will be able to travel In a gridlock-free roading network.

✅ More time at home instead of buried in traffic congestion.

✅ No extra charges for anyone – no rates increases, no extra fuel taxes, no congestion charges, no network charges, no toll roads, no PPPs, …

✅ Savings for workers and reduced income inequality. The Mayor of Tallinn has called it the “13th monthly salary” because of estimates the policy saves a month’s salary each year for workers using free public transport.

✅ Economic stimulation as workers have significantly more to spend in the real economy.

Find out more info about this policy here 👇
https://mintoformayor.nz/2019/08/07/transport-policy-christchurch-can-become-the-dunkirk-of-the-south/

Tallinn has been recognized as an innovative city in China 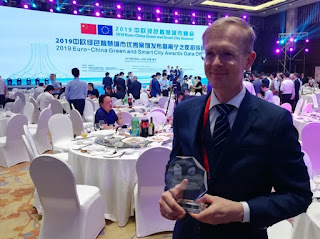 Posted by Fare-Free NZ Editor at 10:02 AM No comments: 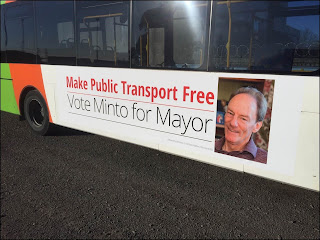 Christchurch mayoral candidate, John Minto says "Free Public Transport is an important part of fighting climate change - Minto for Mayor will get it going in Christchurch!"

Today Minto welcomed an important "breakthrough in the debate about free public transport":

Free public transport should be trialled in New Zealand cities as part of urgent measures to cut greenhouse gas emissions, Prof Sir Alan Mark says.
"A lot can be done to reduce greenhouse gas emissions from transport," he said yesterday.
Transport had a crucial role to play, and he urged "more promotion of public transport, with introduction of "free city transport offered by local governments, paid by ratepayers, at least as a trial exercise".
Some fare-free public transport had been offered in Auckland and he would like to see this extended and offered elsewhere.
Sir Alan is a University of Otago botanist and chairman of the Wise Response Society, a group that promotes sustainable approaches and a "wise response" to climate change challenges.
There was "no substitute for reducing emissions", rather than simply trying to capture carbon through extensive exotic tree planting, he said yesterday.
Such emission cuts required promotion, policies and regulations by central and local governments.
And cuts were vital "in effectively addressing global warming and associated climate disruption", he added.

The Government could also help with the promotion of electric vehicles and regulation on the transport of goods, with less road transport and more rail and sea, he said.
He had outlined his concerns about the Government's billion trees programme in his earlier submission to the Zero Carbon Bill.

"We believe the billion trees programme needs urgent review, particularly the use of commercial plantations of exotic conifers with their relatively short rotations.

"Permanent forests, exotic or native, would be more effective in sequestering carbon, " he said.


- This story is part of the Otago Daily Times contribution to Covering Climate Now, an international campaign by more than 170 media organisations to draw attention to the issue of climate change ahead of a United Nations summit on September 23. To read more of our coverage, go to odt.co.nz/climate.
Posted by Fare-Free NZ Editor at 10:17 AM No comments:

I support the general thrust of the Climate Change Response (Zero Carbon) Amendment Bill with the strongest possible targets and serious and concerted action planning to achieve those targets.

I submit the following proposal as a viable action towards achieving the short term and long term robust targets of the Bill to reduce greenhouse gas emissions.

1. The Government should immediately declare a nation-wide 'climate emergency' to set the country on the equivalent of a 'war footing' to mobilise maximum support for concerted planned action to combat climate change. The government needs to lead a serious response to this climate emergency and discard empty slogans and ineffective piece-meal gestures. The action has to be big and bold to produce a national mind-set turn-around needed to be successful.

2. Recognising that the proliferation of cars and chronic daily traffic congestion in our cities is already causing record vehicle emission levels and hundreds of premature deaths, plus extensive heart and acute respiratory diseases, and that the impact on the environment is rising, the Government should make urgent steps to place public transport into the hands of appropriate elected governing bodies and plan to upgrade all public transports services and infrastructure to cater for a major increase in usage, and to allow for the introduction of fare-free, quality, no-emission public transport in all the main cities. These moves will have a huge 'big and bold' impact of attracting a large bulk of people out of cars and onto quality, modern, integrated public transport and ending chronic traffic congestion - a major source of greenhouse gas emissions.

To support this submission I attach a paper I submitted to Auckland Transport's 'Big Idea' project last year:
https://farefreenz.blogspot.com/2019/06/a-big-idea-thats-too-big-forauckland.html?m=0
Posted by Fare-Free NZ Editor at 8:48 AM No comments: 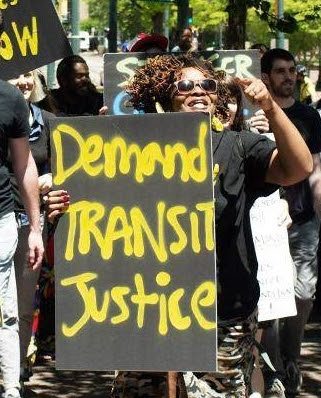 When you wake up each morning, what do you think of first? You probably think about what you’re going to do that day. Off to school, then back home, but do you ever pause to think about how you’ll get there? Probably not, but take a second to consider it, because whether you step out into the crisp morning air and into the driver’s seat or into the nearest subway car can change a lot. It’s not just a matter of how you get to where you’re going, but the means of getting there.
Building networks of public transit users – ones from across the spectrum of people who live in Los Angeles – requires removing the biggest barrier to use: the transit fare. It’s imperative that the change be made now.
Compared to public transportation, a single car throws vastly more carbon into the atmosphere, fits fewer people, and isolates us from our communities. Like any other essential program, say healthcare or college, we need free public transportation. Until transit is free, every city without it will be plagued by the dominance of cars – and car companies – which destroy an environment already under siege.