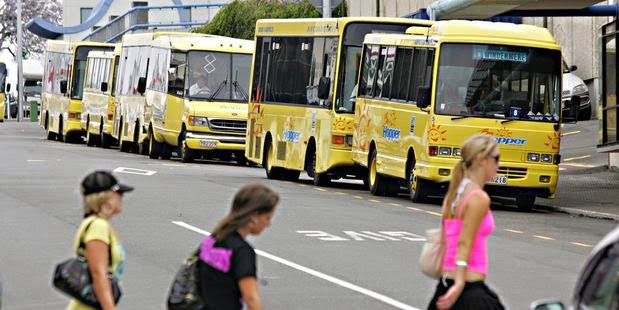 Bay of Plenty Times: "If you've ever thought about taking the bus but never have, this Saturday could be the day to give it a go.

Bay of Plenty Regional Council's Bayhopper buses (the yellow buses in Tauranga and blue Whakatane to Ohope bus) and City-Ride buses in Rotorua are free for the day."
Posted by fpteditors at 1:07 PM No comments:

odt.co.nz : "Calls for public transport to be more affordable and accessible for the ''walking poor'' dominated yesterday's public transport hearing."
Posted by fpteditors at 9:36 AM No comments:

The policy, released today, calls for money earmarked by the current National Government for upgrading and expanding the capital's roading network to be spent on public transport, Green Party transport spokeswoman Julie Anne Genter said."
Posted by fpteditors at 6:36 AM No comments: