Should All Public Transit Be Free? 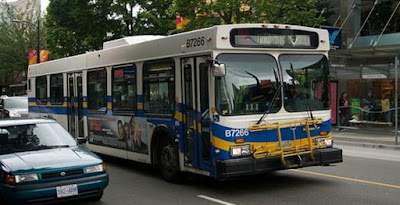 More than half of the world’s population lives near an urban centre. But as our cities grow increasing traffic has clogged roads and highways.  In much of the U.S., a car—there are 246 million registered, as of 2009—is a near-necessity. Meanwhile, longer commutes have been linked with severe health problems, according to a recent report by Gallup.
Public transportation systems hold the promise of more efficient movement—and a healthier population—but in many U.S. cities there are few incentives to promote widespread use of buses, subways, trolleys and trains.
A way to realign these incentives and increase public transit use is to make all public transportation free to passengers, Erik Olin Wright, a professor of sociology at the University of Wisconsin at Madison, told Big Think. According to Wright, the benefits of free public transit are broader than are apparent with strict financial bookkeeping. The full value comes in a range of ancillary economic, health and ecological benefits, including:
These "positive externalities" need to be highlighted to gain public support for free transit, says Wright.
College towns have been a testing ground for free-ride transit—for students and non-students alike. Programs currently operate in cities such as Clemson, South Carolina, and Chapel Hill, North Carolina.  As well, popular tourist towns from Park City, Utah, to Hawaii’s Big Island have created free systems. Baltimore, too, recently started the Charm City Circulator, a fleet of twenty-one buses traveling three free routes in the city. Other transit systems have free-fare programs for children, students and the elderly.
The key is to scale an already-subsidized industry with select free-fare groups into a system-wide program free to all.  This would create a tipping point toward more people using public transportation. "Of course public transportation has to be paid for,” writes Wright, “but it should not be paid for through the purchase of tickets by individual riders—it should be paid for by society as a whole through the one mechanism we have available for this, taxation."
"This should not be thought of as a 'subsidy' in the sense of a transfer of resources to an inefficient service in order for it to survive," he says, "but rather as the optimal allocation of our resources to create the transportation environment in which people can make sensible individual choices between public and private means of transformation that reflect the true costs of these alternatives."

Link to original: https://bigthink.com/think-tank/should-all-public-transit-be-free
Posted by Fare-Free NZ Editor at 5:41 PM No comments: 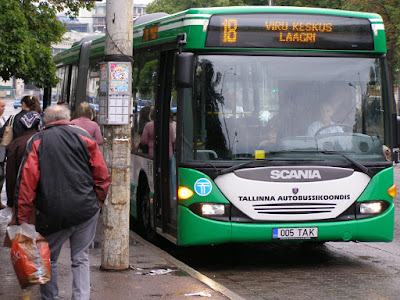 Allan Alaküla, Head of Tallinn European Union Office, shares some valuable insights for other cities.
Five years ago, citizens of Tallinn were asked in a referendum if free public transport should be realized. Why should citizens be involved in such political decisions?
“A decision for a long-term project should not only be taken by the current elected council, but it should be locked politically by asking for support from the public. Although a local referendum is not legally binding, the mandate from the popular vote is stronger than just from the council.”

To ride Tallinn’s network of trams, buses and trains for free, you must be registered as a resident, which makes the municipality profit €1,000 from your income tax every year. All you need to do then is getting a €2 green card and carrying your ID on public transport
How does this work out for the municipality?
“There’s no doubt that we not only cover the costs, but also come out with a surplus. We earned double as much as we have lost since introducing free public transport. We’re happy to see that so many people are motivated to register as residents in Tallinn to make use of free public transport.”
Who is profiting the most from free buses, trams and trains in Tallinn?
“A good thing is, of course, that it mostly appeals to people with lower to medium incomes. But free public transport also stimulates the mobility of higher-income groups. They are simply going out more often for entertainment, to restaurants, bars and cinemas. Therefore they consume local goods and services and are likely to spend more money, more often. In the end this makes local businesses thrive. It breathes new life into the city.”
What further actions is Tallinn taking to make the use of individual transport less attractive?
“Before introducing free public transport, the city center was crammed with cars. This situation has improved — also because we raised parking fees. When non-Tallinners leave their cars in a park-and-ride and check in to public transport on the same day, they can’t only use public transport for free, but also won’t be charged the parking fee. We noticed that people didn’t complain about high parking fees once we offered them a good alternative.”
What inspired the Estonian government to introduce free public transport all over the country?
“People in other parts of Estonia started to demand free public transport, too. In Wales, an experiment with free public transport is about to end in May, but has already been extended for another year. Taking this as an example, we would also like to remove the public transport ticketing for all rural connections in Estonia.”

What advice would you give to other European cities that are hesitant to implement free transport?
“Tallinn’s approach is not a universal solution for all and for some it might be too extreme. We know examples of cities in Poland, Germany and France that already realized free public transport or are considering it. But we’re also seeing plenty of partially free public transport ideas are being executed, ranging from free weekend rides and lower fares in off-peak hours to free public transport for the retired and students. Municipalities should be brave to use their city as a testing ground to find out what system is realistic for them to implement.”
Which city will be the next to copy Tallinn’s successful system?
“Right now, Paris is considering the introduction of free public transport — mostly to reduce pollution in the city center. Once a city of this size and scale takes the step, other cities will inevitably follow. No doubt about that.”