"The logic of free public transit is compelling" 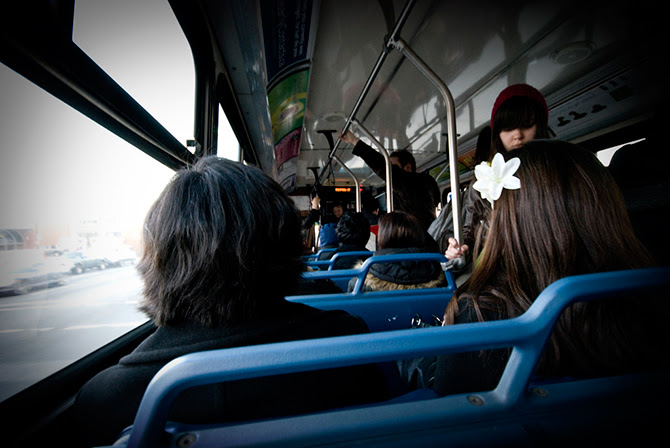 The recession has hit public transit hard. Government funding is being slashed at all levels, and rising ridership isn’t bringing in enough revenue to keep systems running at full capacity. That’s got transit agencies cutting services or raising fares even as more people depend upon them. So it seems like an odd time for Baltimore to introduce a free bus system.
Charm City Circulator consists of 21 hybrid electric buses running seven days a week. The first line, the Orange Route, launched Jan. 11 and eventually will be joined by two other lines. When all is said and done, the Circulator will connect landmarks like the Inner Harbor and the Johns Hopkins hospital complex to the city center and surrounding neighborhoods.
Perhaps more significantly, it will provide a link to other forms of transit, including trains, light rail, buses and water taxis.

Some cities, like Seattle, still offer free rides downtown during peak business and commute times, but Baltimore is adding the service when many others are eliminating it. Portland, Oregon let people get around downtown at no cost with the Fareless Square until killing the program after 30 years to save money. And New York let students ride for free until budget cuts killed the program.
The reasoning behind free transit boils down to encouraging economic activity in a specific area — i.e. getting people into the downtown shopping and entertainment districts — or getting people in and out quickly and efficiently. The Charm City Circulator routes suggest that although it will definitely benefit the locals, tourists and commuters are the real targets.
The logic of free public transit is compelling: Despite the high costs and massive subsidies implicit in driving, forking over a relatively small fee to ride a bus or subway is a psychological barrier to getting people out of cars. Even the most efficiently run buses can be crowded and slow, but by running at frequent intervals on dedicated lanes between fixed stops — as the Circulator does — delays can be kept to a minimum. The bus might not stop next to, or even near, every rider’s point of origin or destination, but it ensures a measure of proximity for most riders. Rare indeed is the mass transit system that shoulders its own financial burden, and the free bus systems that last generally have dedicated sources of income aside from direct subsidies. Baltimore’s system is financed by a 16 percent tax on parking, which will raise about $5 million annually.
Yonah Freemark of The Transport Politic worries systems like the Circulator create a two-tiered transit system, but the system — which came online six months behind schedule — generally has been received as a welcome project with strong support from Baltimore’s political and business communities.
Read More http://www.wired.com/autopia/2010/01/circulator-brings-free-transit-to-baltimore/#ixzz0eRkXb6vi
Posted by Fare-Free NZ Editor at 6:10 PM