From 'Responding Together', journal funded by the European Commission and the Council of Europe. Published 18/06/2013.

Lugoj became the first city in Romania which adopted a "free of charge" policy to the citizens using public transportation. The measure comes to encourage people to ride in buses, as well as to decrease the number of cars circulating in the city. 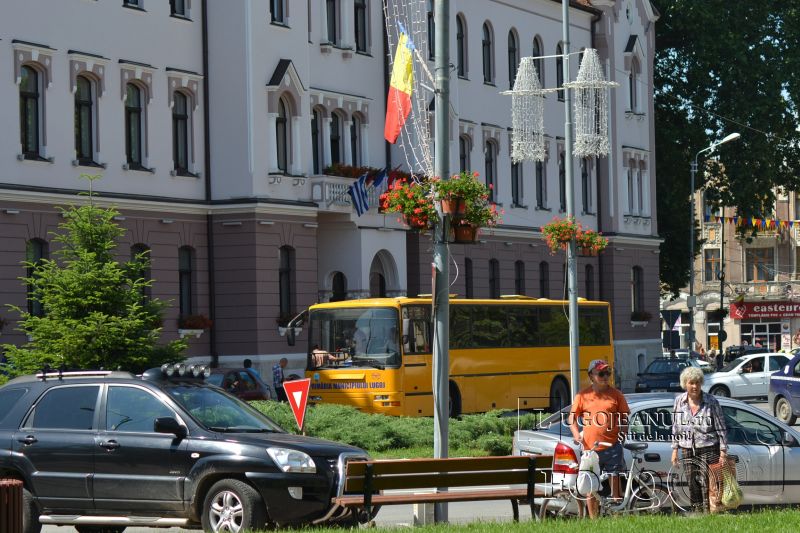 Lugoj local councilors have unanimously voted that citizens can commute within the city by public transport for free. The decision will come into force as of July 1st, 2013 and will be valid for 18 months. If the initiative is successful among the residents of Lugoj, it will be further extended.

At present, in Lugoj, the price of a bus ticket costs 60 bani (approx. 13 Euro cents) journey, as public transport expenditures were subsidized in a proportion of 75% by the municipality.
Full subsidy will cost the municipality 45.000 RON (approx 10.000 EUR) per month. Regardless of their social status, age, gender or income, the residents of Lugoj will no longer have to purchase subscriptions, passes or tickets.

The service will be assured by the Meridian 22 SA travel company by three large buses (with 50 seats) and two vans. Also, the city administration has purchased and installed ten stations (with a cost of 40.000 RON), while the number of routes that run will run buses will run on will be further increased. There is still work to be done in illuminating the bus stations and finalize the schedule of bus circulation.

The news about the initiative from Lugoj has reached other local administrations in Romania. The public officials of the city of Baia Mare have already requested a copy of the draft decision for analysis, and possible implementation.

Posted by Fare-Free NZ Editor at 7:19 AM